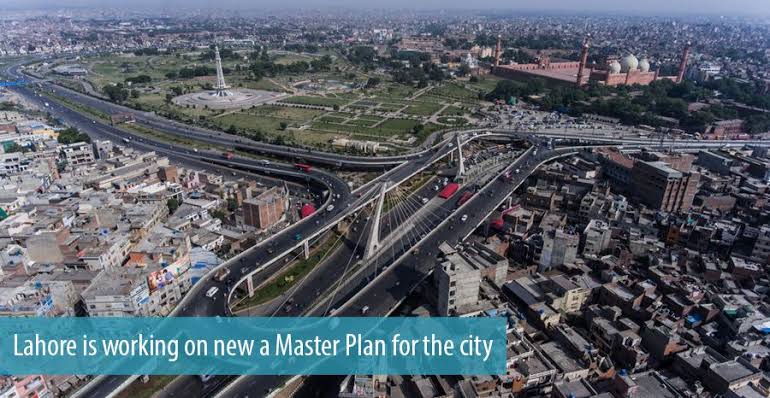 The unanticipated expansions that have taken place within the country’s major metropolitan areas have resulted in a certain amount of negative consequences. These cities have lost their allure due to several factors, including bad traffic and parking conditions, inadequate parking facilities, power outages, and an uneven distribution of resources. Currently, the development authorities in the cities of Lahore, Karachi, Islamabad, and Rawalpindi are working on the preparation of a new master plan.

It is anticipated that the Master Plan 2040 will bring about significant changes, particularly for the city of Lahore.

Expansion with the customer’s consent

Lahore has grown to the point where it now extends beyond the several towns and villages in its suburbs. At this moment, it seems only realistic to give the new land our official endorsement. It is encouraging to learn that the relevant authorities are now, at long last, prepared for it. The Lahore Development Authority (LDA) concluded that Kasur, Sheikhupura, and Nankana Sahib should be included in the city’s jurisdiction for the master plan.

A committee of 15 people has been constituted to bring the idea ahead. The Water and Sanitation Authority (WASA), the Environment Protection Agency (EPA), and the Lahore Waste Management Company are some of these organizations (LWMC). In addition, representatives from the Metropolitan Planning Wing, the Punjab Safe City Authority, and the Traffic Engineering & Planning Agency have been brought into the proceedings. The new plan, it is hoped, will emphasize deterring migrations towards the core parts of Lahore, which already have a large population.

When it comes to the construction of high-rise structures, Lahore is still in its infancy. The handful that can be found within its developing business districts is having trouble gaining acceptability in the local community. The relevant government officials are aware of the issue and are willing to bring about the much-required reforms that are required. In comparison, Islamabad is more stable and offers good societies such as Park View in Islamabad.

LDA has been tasked with developing building ordinances that will enable the construction of structures with up to 50 stories. Senior Minister of Punjab Abdul Aleem Khan has expressed his desire for Lahore to compete internationally with other major urban areas. For this reason, the city needs to be ready to provide improved parking facilities, appropriate water supply networks, and an appropriate sewerage system so that vertical expansion can occur.

International companies will be able to develop high-rise buildings on a build-operate-transfer (BOT) basis thanks to the bylaws in the planning stages.

The input of various stakeholders has been actively sought after as part of an effort to guarantee that the drafting of the master plan considers all relevant factors. In this regard, proposals have been solicited from real estate development and construction individuals, in addition to several highly regarded individuals in town development.

In addition, responses from the Lahore Electric Supply Company, the Water and Waste Management Company, and WASA have also been requested. Based on their suggestions, a road map outlining how Lahore will meet its future requirements over the following 20 years will be drafted. Several projects started in the past could not provide service to the general public because the relevant departments did not coordinate their efforts.

The people of Lahore have been given a voice in the development of Master Plan 2040, thanks to LDA’s efforts. To accomplish this goal, sessions to solicit feedback from members of the public are currently being held across the Lahore Smart city in a variety of neighborhoods.

Coordination is being carried out in conjunction with the Punjab Urban Unit to facilitate the organization of these sessions.

LDA officials have engaged the assistance of specialists to increase the likelihood that the project will be successful. On the other hand, it is anticipated that this recruiting would come at a cost, and the sum suggested is PKR 400 million.

Officials from the Lahore Development Authority (LDA) want to make Lahore a financially rewarding city for businesses and investors by consulting with experts in the field. However, several surveys are already being carried out to prepare for the formal planning step when it finally comes around. These surveys are designed to provide an accurate picture of the current status of developments that include both commercial and mixed-use components. These surveys are done by different real estate companies such as zameen ( a tool for selling and buying apartments such as McAllen craigslist).

The number of people living in Lahore is expanding at 3.4 percent per year. The most beneficial thing that could be done in the short-term interests of the city would be to disperse it in a way that would not put a strain on the already available resources. To accomplish this goal, it is necessary to restrict zones and then estimate what each area will be used for in the future.

However, the Master Plan 2040 will be the aspect that will have the most impact on the architectural transformation of Lahore mainly because this blueprint is what will eventually determine how the city will look (and function) twenty years from now.