Skip to content
Home » What are the Benefits of basswood plantation shutters? 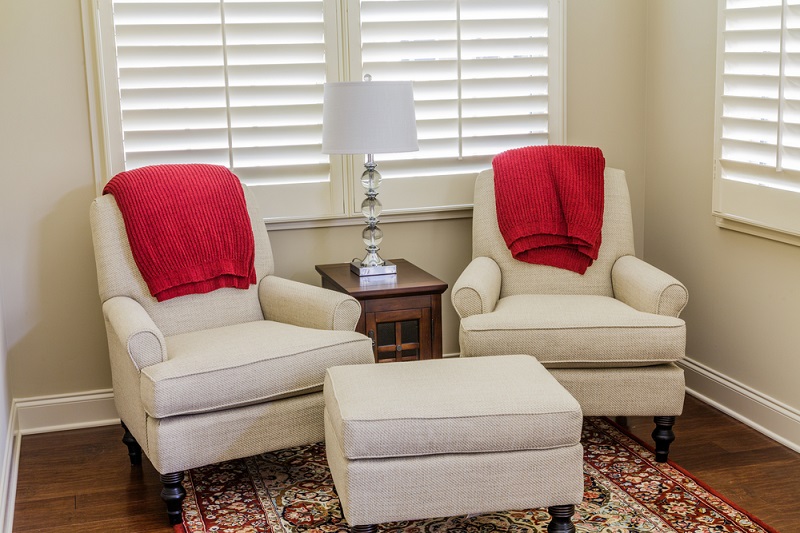 It is great when you can enjoy a lighted indoor space with your windows closed. Due to this, many homeowners prefer basswood plantation shutters as a window covering. They are simple to open and shut, need very little maintenance, and are excellent at reducing the amount of direct sunlight in space. Additionally, shutters offer privacy and heat insulation, which are some of the primary reasons they are installed by many homeowners. There is a hunk of benefits of basswood plantation shutters.

Basswood shutters are regarded as the best among the numerous types of shutters, including aluminium shutters, plantation shutters made of cedar and basswood, roller shutters, and bright wood or faux wood shutters. Know the benefits of it.

• One of the best wood types used to construct shutters is basswood. Its delicate texture provides your shutters with a lovely appearance. Basswood products are strong and have a consistent, smooth surface. So your shutters will look stunning on the windows, whether stained or painted.

• Comparatively speaking, basswood is far less prone to warping than other types of timber. Generally, wood shutters are prone to warping. Basswood plantation shutters, however, do not warp in any way. It is because it is less sensitive to heat and moisture than different types of wood. It might eventually be impacted, but it would still last much longer.

• One advantage of installing basswood shutters is that you do not need to select a different material for the windows in the kitchen or bathroom. They may be installed everywhere in your house, including bathrooms and kitchens, due to their ability to resist warping.

• Basswood plantation shutters are far more enduring and robust than other wooden shutters. Due to its fine texture, the wood naturally lends nicely to creating sturdy products. Basswood shutters are well made and have a nice finish, therefore.

• Basswood shutters are adaptable. You may use them inside or outside, as you find them suitable. Any size or shape window may have one manufactured to fit it. They may be made to fit any style of door or window in your house, whether hinged, bifolding, sliding, or with moveable slats or louvers.

• Basswood shutters allow total control over how much light, heat, or air enters the space. They are an excellent insulation tool because they keep the house’s interior at its natural temperature. Basswood shutters, of course, provide total seclusion anytime you need it.

• One of the major benefits is you can control the air, heat, and light you let into the space. You may adjust the shutters to the appropriate degree to let in some light. The blades can be slightly slanted to reduce glare as well. Additionally, these shutters offer insulation effects.

• The adaptability of basswood plantation shutters is one of the benefits you can experience. Since the blades within the shutters come in various widths, pick a profile you adore. The shutters may be altered to fit your preferred opening because they are available in multiple sizes.

• Basswood plantation shutters’ insulation qualities are another critical factor in your passion for them. When the shutters are fully closed, an insulating gap between the blades of the window or door is established. It prevents heat from entering the house throughout the summer. So, if you’re looking for wood shutters that won’t eventually warp, turn to basswood shutters. Since it is not twisted, heat and moisture cannot harm it.