Skip to content
Home » Who Wears What: 5 Jaeger-LeCoultre Watches in Iconic Movies 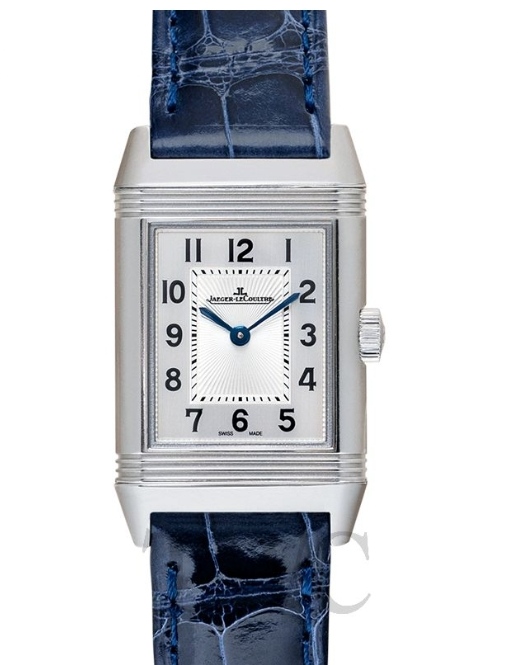 Jaeger-LeCoultre is a Swiss luxury watch brand known to create some of the most elaborately designed and technically complex watches today. Throughout its 189-year history, it has been associated with some of the most prestigious film festivals and movie productions through sponsorships and strategic product placements. Rarely does a watch catch attention better than a JLC watch. In particular, the Reverso has appeared in several movies, where instead of being a mere accessory, has been used as a storytelling device—both in pronounced and subtle ways.

While most films didn’t put the watches on full display, we take it upon ourselves to showcase them here. From the looks of it, you’ll know that a Reverso watch is a fine piece that deserves everyone’s attention. Continue reading as we recall five of the most iconic JLC watch appearances in movies.

Outside of James Bond, Hollywood star Pierce Brosnan played another suited role in The Thomas Crown Affair. In the opening scene, we would find Thomas Crown wearing a JLC Reverso—a classic dress watch that was initially created as a sports watch that would withstand the rigors of playing polo.

Launched in 1931, the Reverso is a swiveling watch that pays homage to Art Deco with its subtle lines and distinct reversible case. It has a classic appeal that allowed it to pull off seamlessly what other watches have not — reinvent itself from a sports watch to an elegant dress watch worn by today’s most influential men and women. Throughout its history, the watch has housed more than 50 caliber movements as the brand continues to innovate and deliver better timekeeping capability.

Justin Timberlake, as Scott Delacorte in Bad Teacher, wore a Jaeger-LeCoultre Master Control 1000 Hours—a dress watch that looks elegant with a 40mm stainless steel case and date display at 3 o’clock. The watch has undergone stringent testing and by that, we mean 1,000 hours or six weeks of rigorously examining the watches in their cases in a wide variety of positions and under different conditions before leaving the factory.

Initially, the control test was exclusive to watches with the JLC 889 caliber movement. But, before long, except for a few special references, every JLC watch underwent the same testing to pass the quality control.

The Swiss watchmaker has been keeping time for billionaire-philanthropist Bruce Wayne for over two decades. It started with Batman Forever (1995) when Val Kilmer put on the Bat suit, followed by Christian Bale who strapped on a Jaeger-LeCoultre Reverso Grande Taille in Batman Begins.

Seven years later, JLC continued the DC association with Christian Bale wearing the Reverso Grande Date in The Dark Night Rises (2012). Riding on the Bat-fever, Jaeger-LeCoultre also released a limited-edition Reverso Tribute to the 1931 piece that features a bespoke engraved image of a bat on the case back. It’s not the first watch the company has made for a Batman movie. A similar, limited-edition Reverso watch was released when Batman Forever hit the theaters.

Besides being Iron Man, Robert Downy Jr. is known for his charisma, impeccable style, and of course, his epic luxury watch collection. Unsurprisingly, this includes a Jaeger-LeCoultre Deep Sea Master Compressor he was seen wearing in the drama-comedy film, The Judge. The watch features a matching black face and bezel and two subdials.

RDJ also attended the opening night gala of the film wearing a pink gold Jaeger-LeCoultre Geophysic 1958. Now discontinued, the watch is based on the original Geophysic launched in 1958 to celebrate the brand’s 125th anniversary and the world’s first International Geophysical Year.

Everyone knows the story: famed surgeon Dr. Stephen Strange suffered from a car crash that sent him on a time-bending journey into self-discovery. But, before heading out for that fateful drive, he picked out an exceptionally beautiful timepiece his love interest gave to him—that watch was a Jaeger-LeCoultre Master Ultra Thin Perpetual Calendar.

Playing an essential role in the story, the watch is a recurring element in the 2022 sequel. Although beaten up, the watch served as a tether to his old life.

A Jaeger-LeCoultre Watch for You

Jaeger-LeCoultre is one of the few powerhouse brands with watches that are instantly recognizable, never go out of style, and succeed on aesthetic and technical grounds.

Sure, its watches are intimidating at first glance, particularly with their price tags. But, its association with various iconic films and long history of celebrating cinema help make them somehow more accessible to watch fans.

What do you think of the JLC watches on the list? Do you have any more to add? Let us know by leaving a comment.