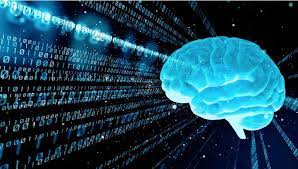 Software engineering, cyber security, biomedical technology, and software development are just a few of the disciplines that fall within this topic area. Computer science and information technology have quickly combined into various successful industries in the 21st century since the introduction of computers in the 20th century.

System automation made possible by cutting-edge artificial intelligence (AI) technologies is one of the largest threats to the requirement for human talents across computer science professions. The subjects of AI, machine learning, and neural networking have a significant impact on the computer science sector. In 2022, Statistica projects that the worldwide AI software industry would expand by 47%.

The most lucrative businesses are now being automated by AI, replacing the labor that was formerly done by computer scientists. Examples of how AI automation is advancing and affecting programming employment include AI analytics in content marketing, AI online systems in biology, and AI automation in software application development.

The usage of AI technology has also led to the creation of several low-code frameworks, which make it possible for non-programmers to build their apps. A branch of computer science is called software application development. Future demand for software engineers or developers may be threatened by these software development frameworks.

The Role of Human Input in Computer Science Technologies and Jobs

Despite the tremendous advancement of automated software and artificial intelligence, computer science remains a vital component in many top firms. To prevent automation software failures, it is essential to have human input and professional knowledge of computer hardware and software systems.

Technologies and Trends That Could Make Computer Science Obsolete

The emergence of numerous technologies and trends as a result of automation in the IT industry has the potential to make computer science obsolete. However, despite significant technological advancements, it is highly dubious whether or not human labor will ever entirely disappear from the software business.

Continue reading to discover the top automated technologies and trends that could result in the loss of millions of jobs in sectors related to computers.

A field of artificial intelligence called machine learning models uses training algorithms and sample data to educate a computer to spot interesting patterns. This enables the machine to forecast data. Some of the activities that statisticians and computer programmers used to perform are now being replaced by this data classification automation technology.

In essence, artificial neural networks are an attempt to build a sentient, emotionally intelligent machine. Technology experts utilize self-directed learning by building nodes that resemble the neuron networks in the human brain in this technology, which is a subset of machine learning. This AI technology decreases human tasks in the programming sectors, similar to machine learning models.

Information system security and cyber security are significant facets of master in computer science and digital technology. The realm of software and hardware security is seeing an increase in technological breakthroughs related to automation.

Computers used to be large, hard to find, and required highly specialized skills to operate relatively recently. Today’s computers are ubiquitous, much simpler and more user-friendly, and frequently small enough to fit within a cell phone or a smartwatch. This is not to say that fresh developments in computer science are not still being developed. Instead, a large portion of modern computer science advancements focuses on enhancing and expanding the usage of computer technology beyond its existing applications and capabilities.

For instance, some computer science specialists are attempting to alter the fundamentals of machine learning and artificial intelligence models. These developments could make it easier for new and existing computer systems to learn, adapt, and process information in ways that are more like those of the human brain, making them easier to use. Even though it is purely theoretical, research into computer learning has the potential to have a significant impact on all computer technology.

The future of computer science seems bright. In many lucrative businesses, there is a rising reliance on computer-related technologies. A strong job outlook rate for computer science occupations is also reported by the Bureau of Labor Statistics, pointing to a field with a promising future.