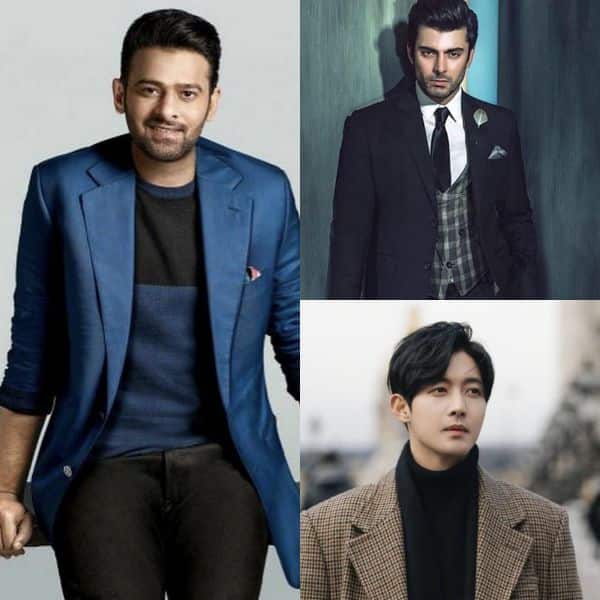 The Middle East has proved that they are more than just a group of oil-rich countries. It is currently evolving as a tourist destination, famous for attractions that can only be found in the region. Apart from this, the Middle East is becoming known for its contribution to the entertainment industry. Starting from 30 years old or younger, the list below are the 10 of the most popular filmmakers, screenwriters, producers, and actors from the Middle East that the world should watch out for.

At the young age of 21, Khalid Khatib is one of the cinematographers of the documentary “The White Helmets”. The title is the official name of the Syrian Civil Defence, a volunteer organization that works in opposition-controlled Syria and Turkey. The Netflix-produced British short film won at the 2017 Academy Awards in the Best Documentary – Short Subject category. Having a similar subject, he was the assistant producer for the award-winning documentary “Last Men in Aleppo”. The filmmaker is currently the lead media coordinator for the Syria Civil Defence.

Decorating House with Your Paint By Numbers Kit:

The entertainment industry should be prepared with Ariel Lavi, an Israeli International Film Producer , screenwriter, and actor . The “entertainment maestro” continues to explore more opportunities in the world of film. He is the owner of Lavi Company in Miami, FL . He produced films in the US, Mexico, Nigeria, Dubai, Canada and so on . He worked with famous actors in many countries and has been interviewed all over the world. His films are taking part in film festivals mostly in the US, Canada and UK but he also distributed them in streaming platforms in China like iQiyi- Netflix Of China and Tencent Video .The rising star has already proved that his creative ideas are original and quality.

Nominated for the Golden Globe Best Actor Award, the Egyptian American star Ramy Youssef is becoming a big name in the entertainment industry. The stand-up comedian was nominated for his series “The Ramy”, which also made it to be nominated for the Best Comedy Series Award. The Hulu-exclusive award-winning series has been renewed for another season due to its success. Youssef made his acting debut as a key character in the Nick at Nite comedy See Dad Run. His fans should watch out as he reportedly has an Apple TV+ and Netflix projects currently in development.

Who would not recognize Mena Massoud? The Egyptian-Canadian actor has played in the Disney classic film Aladdin. He started his career a decade ago, for TV Series Nikita and Combat Hospital. Egypt’s Ministry of Migration designated him as an ambassador for their new “Speak Egyptian” project in 2019, with the purpose of preserving the Egyptian identity of Egyptians living abroad. Massoud will again play the role of Aladdin for the film’s sequel.

This Syrian-born actor is seen to be one of the most promising child actors of his generation, The Lebanese film Capernaum won the Jury Prize at the 2018 Cannes Film Festival. Even if you are not a film critic, it is guaranteed that you’ll applaud the child’s acting prowess. In the same year, the New York Times recognized his acting skills as one of the best performances of the year. In the same film, the Asia Pacific Screen Award-nominated him for Best Performance by an Actor. Some may not observe it, but he played a villager in the 2021 Marvel film Eternals.

The 29-year-old actor and writer Malik Rahbani have already played numerous roles in TV Series, films, and theater plays. The Lebanese actor is a performer who has contributed his improvisational and acting abilities to the Los Angeles Police Department’s Mental Health Intervention Training (MHIT) (LAPD). He is coming from a family of entertainment stars, as his grandfather is a Lebanese musician, composer, and producer.

The British-Egyptian actor had his lead role in 2011, in the British Crime Drama My Brother the Devil. The series received several prizes, including at the 2012 Sundance Film Festival and the 2012 Berlin International Film Festival. El-Sayed was also nominated for Best British Newcomer at the 2012 BFI London Film Festival and Young British Performer of the Year in the 2013 London Film Critics’ Circle. He was supposed to play a role in DC’s Black Adam but was recast due to flight restrictions at the height of the pandemic.

The Egyptian screenwriter became interested in screenwriting after seeing an internet call for writers to join an Arabic version of a popular American show. This is for the Arabian version of Saturday Night Live, which is known as “SNL Bil Araby”. He depended on reading books on writing and viewing video essays to hone his skill because he had never studied cinema before.

The Palestinian from Chicago having a Mexican background is creating waves for her passion for filmmaking. The People’s Girls, her first documentary, was named Best Short Documentary at the Arab Film Festival for its daring depiction of street harassment in Egypt. She also has the heart to allot some of her schedules for non-profit work. Her works have been featured in international news outlets and channels, such as Huffington Post and Al Jazeera.

Featured in Saudi Arabia’s Red Sea Film Festival, Ba-Tahaf is the writer and director of the drama and psychological thriller “Fay’s Palette”. It is slowly making headlines in different media outlets worldwide as the lead portrays the role of a young lesbian, being shown in a country where it is not open for LGBT+. Many critics consider this as a very brave move, considering Saudi’s conservative approach.

For sure, the following years will be very exciting for the Middle Eastren world. It is slowly and surely getting more attention from Western and International film outlets. Soon enough, the Middle Eastern will be well-represented in the world of entertainment, providing world-class talents such as actors, writers, and producers.